After a tiring day at work, you want to build something fun in lets say 4 hours? Writing Games is the answer ..!! Playing games is fun, but building one is even more fun. And add ruby to game development, it just cannot get more awesome. Gosu is the rock star library which is used for 2D game development. But it’s not just ruby that you need to know to build a game, it is also the MATHS. From this session, you will learn the following things: Maths Game-loop Images Player & Movements Animations Text & Sound Detecting Collisions Along with these, you will also get to see some cool games built entirely using ruby. 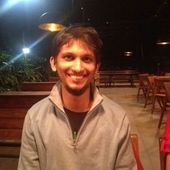 Other Presentations at Rails Israel 2015